Nothing stands still at our layout. We have, and soon to be had, a niceish backdrop on the outside west wall of the layout. Then we – I use the collective we ‘cos I really can’t remember who came up with the idea – that it would be grand if visitors/members could plonk their phone/camera on the front or back of a consist and take a movie of the engineers’ or conductors’ view of the layout. That idea invited an inquest as to the existing scenery and how good it would look and did we have 360 degrees of scenery.

So, I opened my mouth and inserted both feet by suggesting that we make the outside west wall much more “real.” After consulting with our computer guru Roger Thornburn we came up with the idea of tootling down to Big River in Mendocino and taking a 360 degree set of photos and stitching them together and then cutting the circle and sticking the 40 foot long photo on the wall. Just like that!!!!!!

Well, the project is well under way. VP Lonnie Dickson got sheets of high quality plywood and sliced them up. I sloshed on some paint on the slices. Roger had the photos printed on sticky paper in 4 foot lumps. Then Lonnie and I, with a GREAT deal of trepidation stuck the first two sections on one of the pieces of plywood that Lonnie had sandpapered as smooth as a baby’s bum. 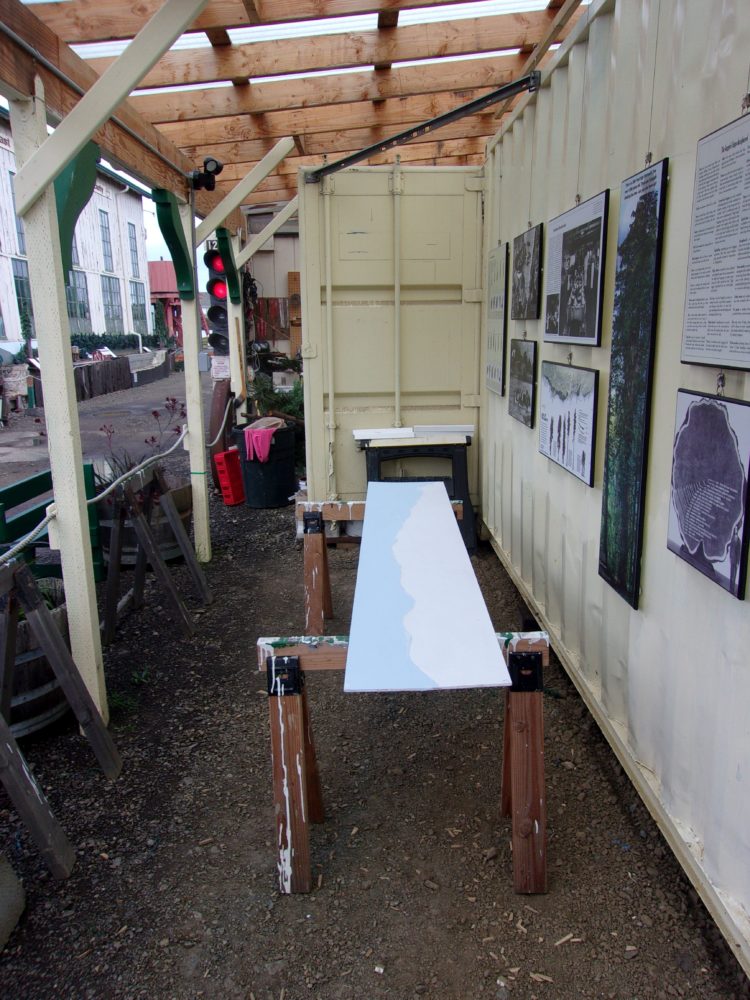 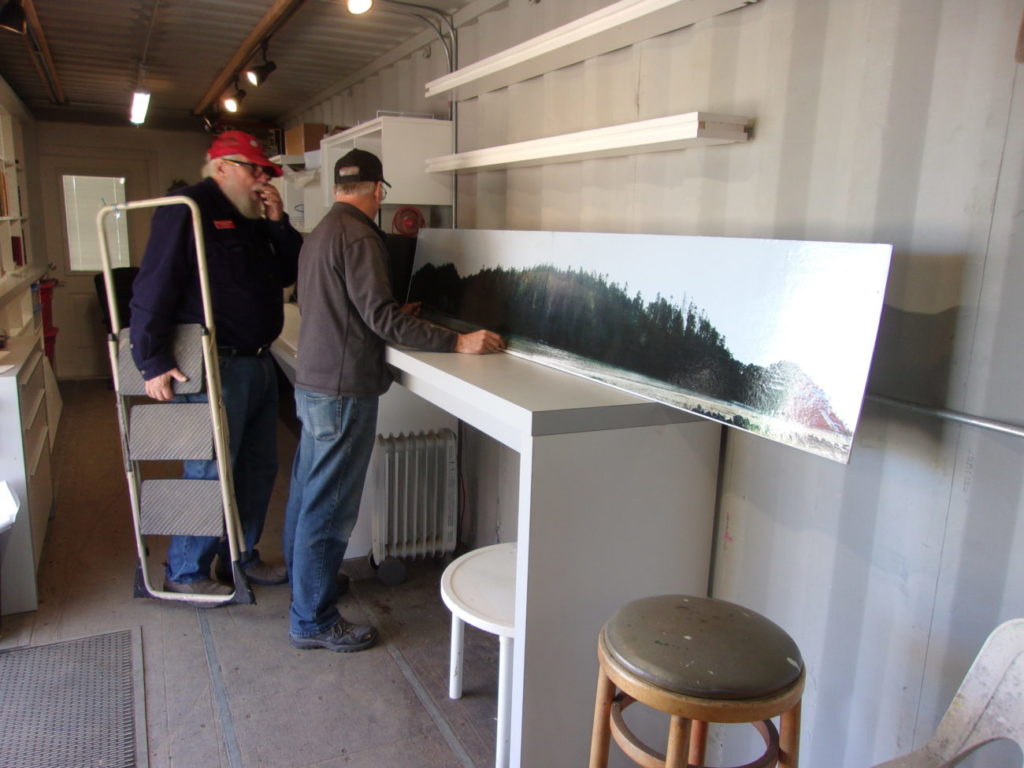 The first section – Lonnie showing off our handiwork to the president, Chuck Whitlock

Four more sections to agonize over.