Club member Mike Aplet was the man who had the vision and the skills to build the cliffs of our diorama of Point Cabrillo. He envisaged using Colin Davies prototypically accurate model of Point Cabrillo lighthouse atop the cliffs of the Point with the wreck of the Frolic on her side in the waters below. His material was old growth redwood obtained from a stump cut well over a 10o years ago. The stump was that of a redwood that probably lived for between 800 to 1,200 years.  His main tool was a sawzall. Mike took these pics as his year-long efforts progressed.

Below you can see the model of the lighthouse atop the cliff. This pic shows how Mike cut the pieces of redwood and fitted them together. 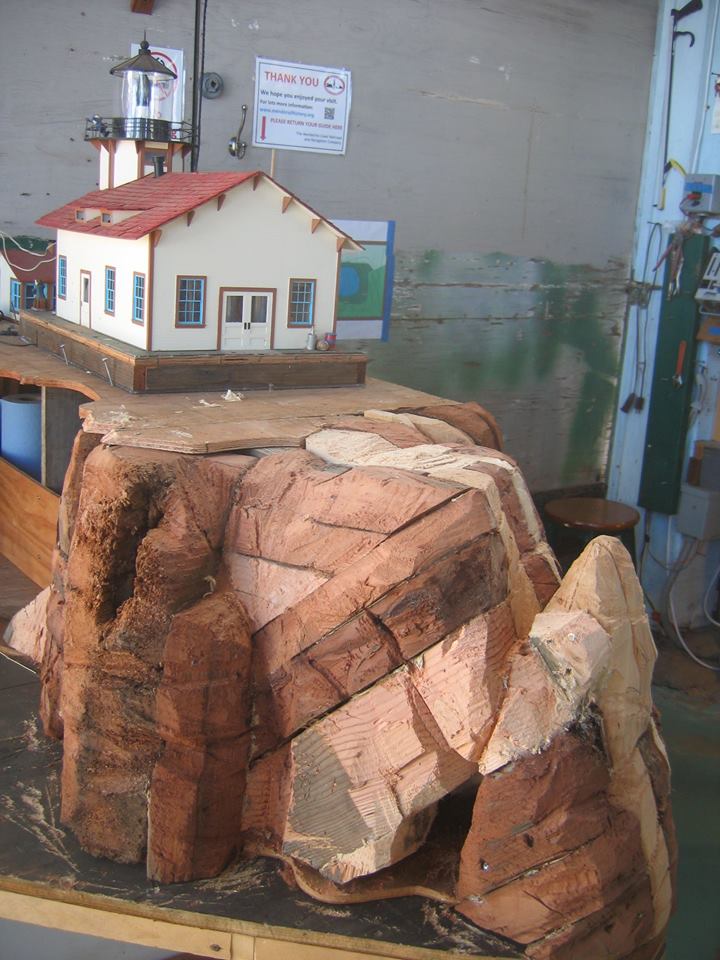 Point Cabrillo’s many pieces of redwood

Below you can see the finished sea with a wave breaking on the cliff. 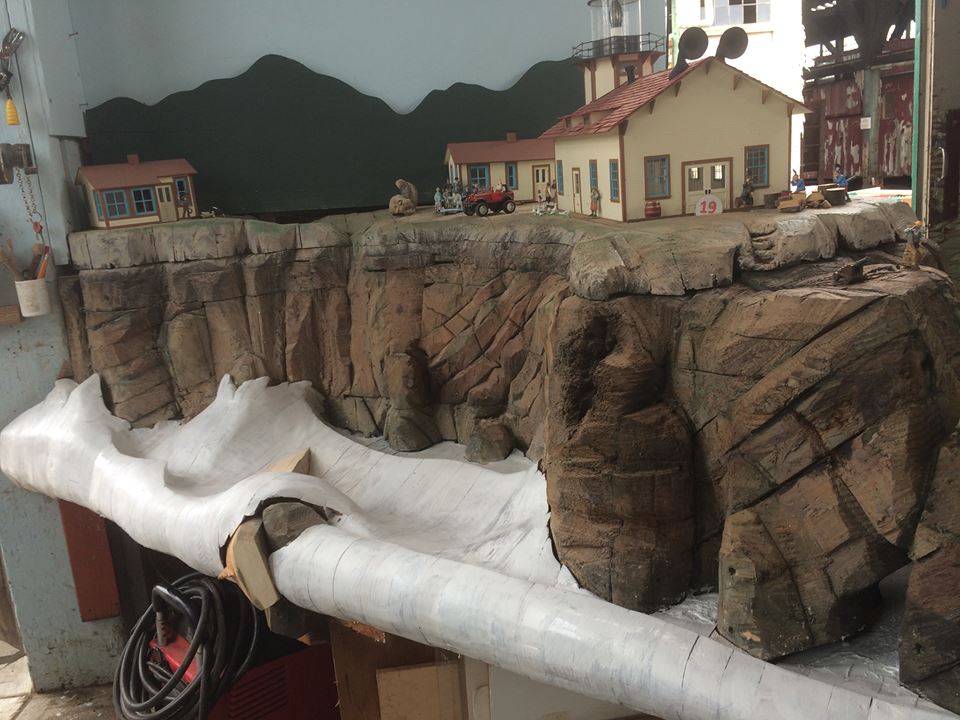 The sea in the cove of Point Cabrillo

These two shots are a before and after of the wave. 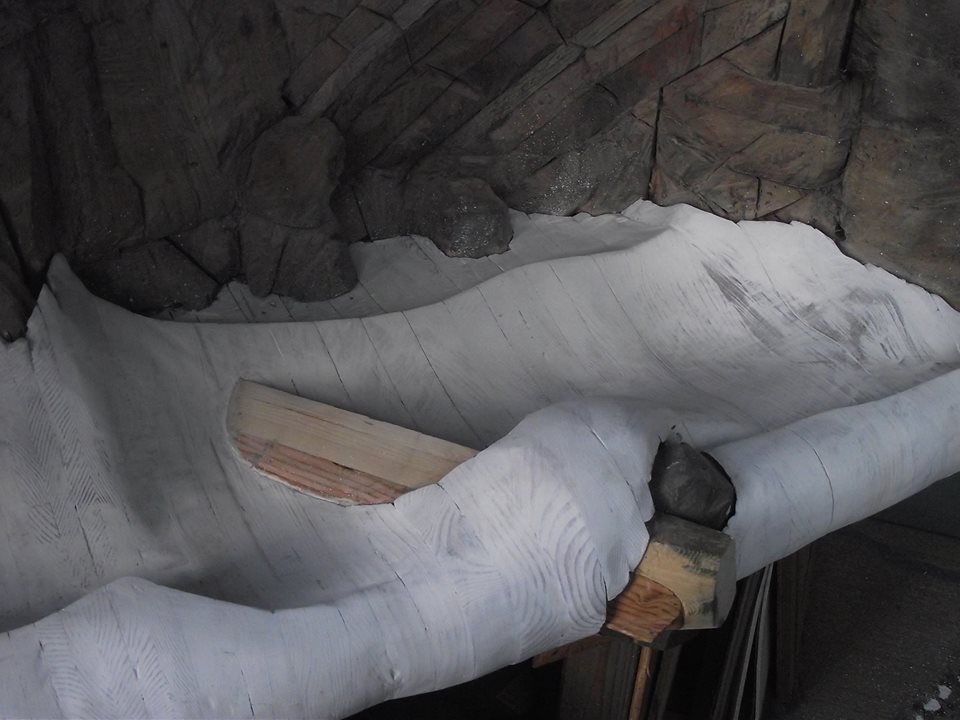 The sea before painting

The broken hull of the Froliic was also carved by Mike. 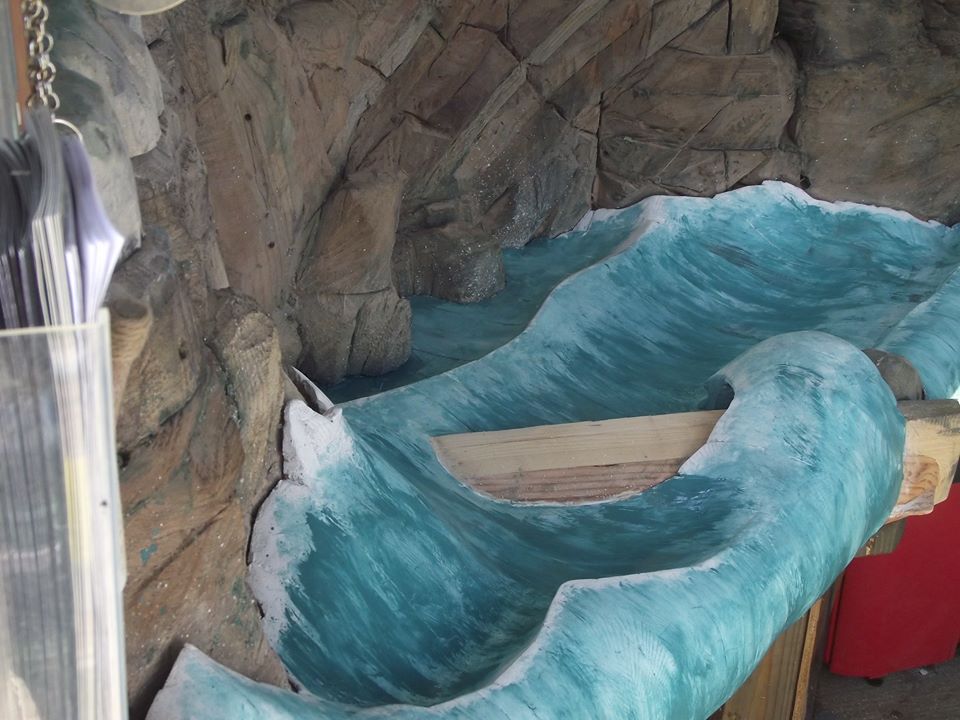 Here the sea has been painted

This pic is a close-up of the pieces that have been fitted together to make up the hull of the Frolic and the wave: 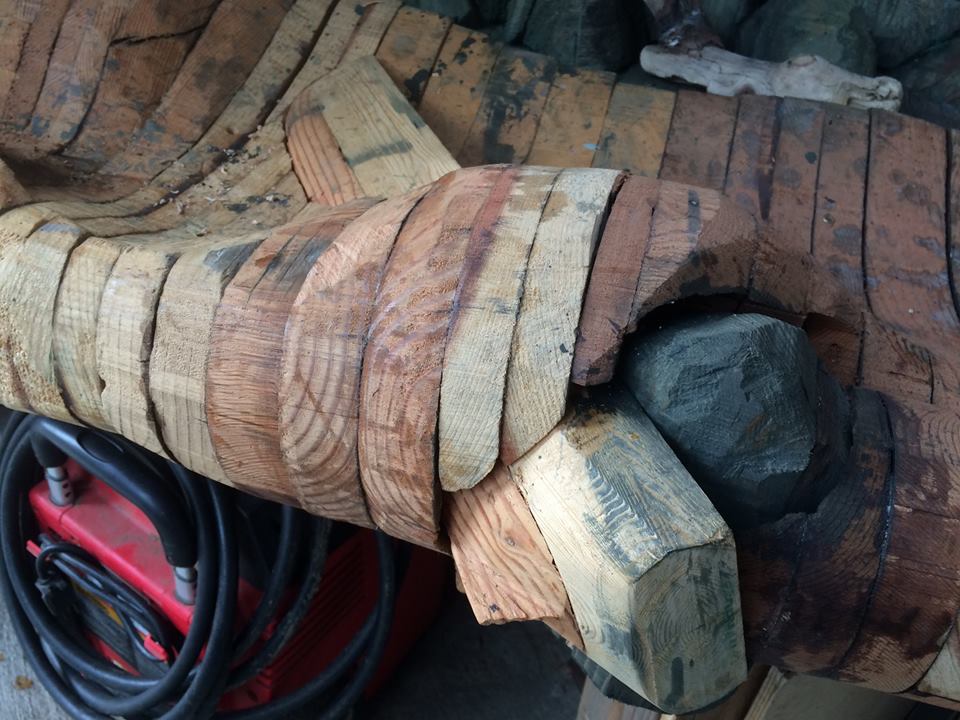 Carving the sea and the hull of the Frolic

Here you can see the pieces that form the mermaid’s cave:P 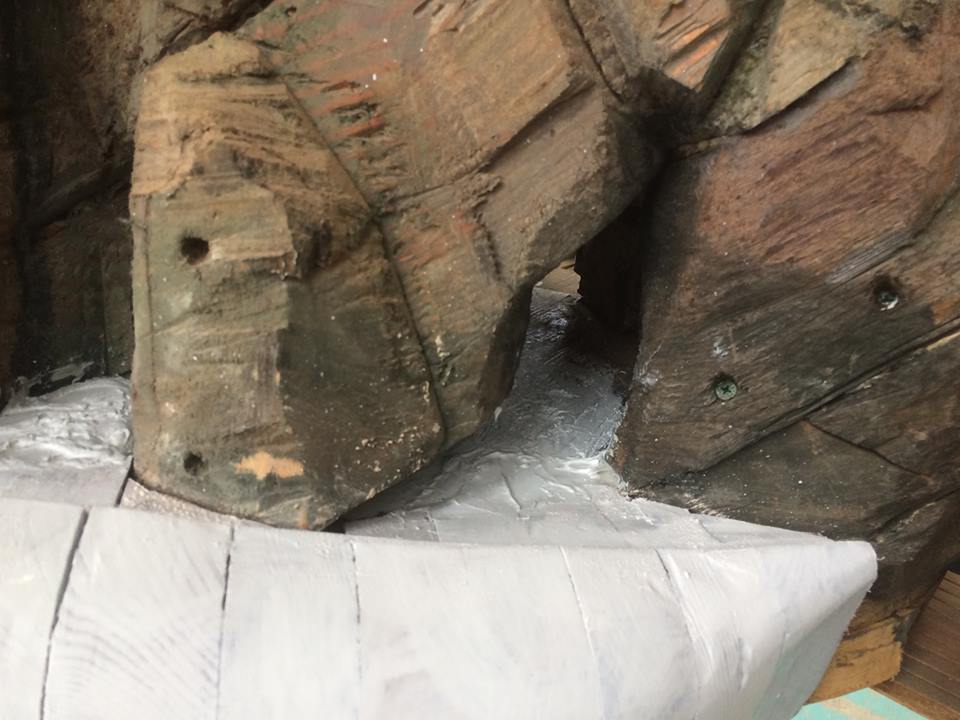 This one shows Mermaid’s Cave finished. 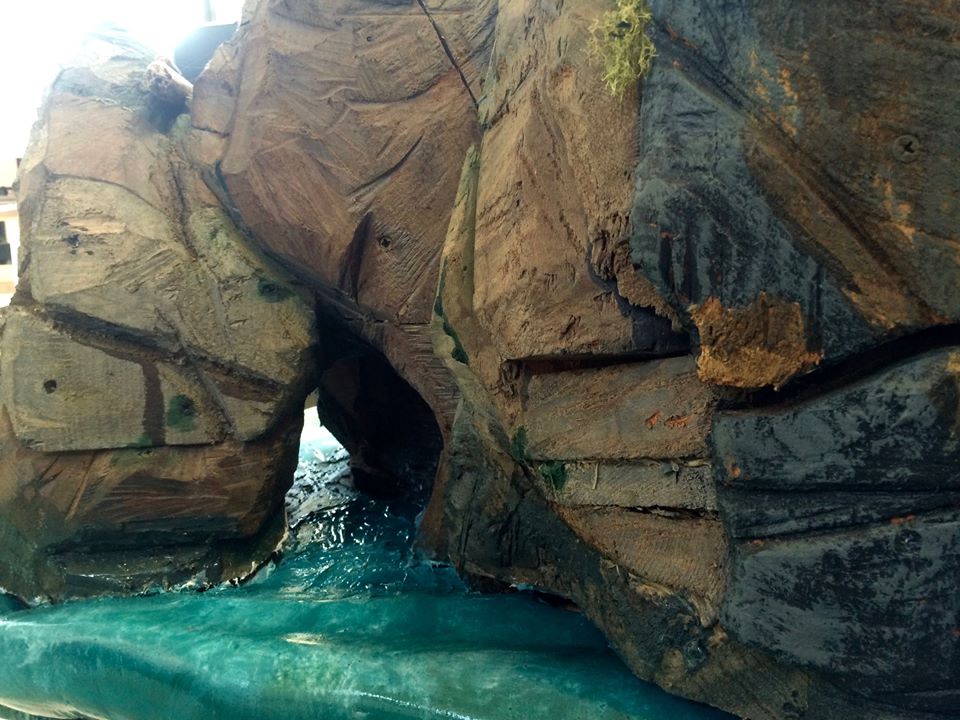 Looking down on the cove in this shot. The landscaping on the top of the Point has yet to begin. 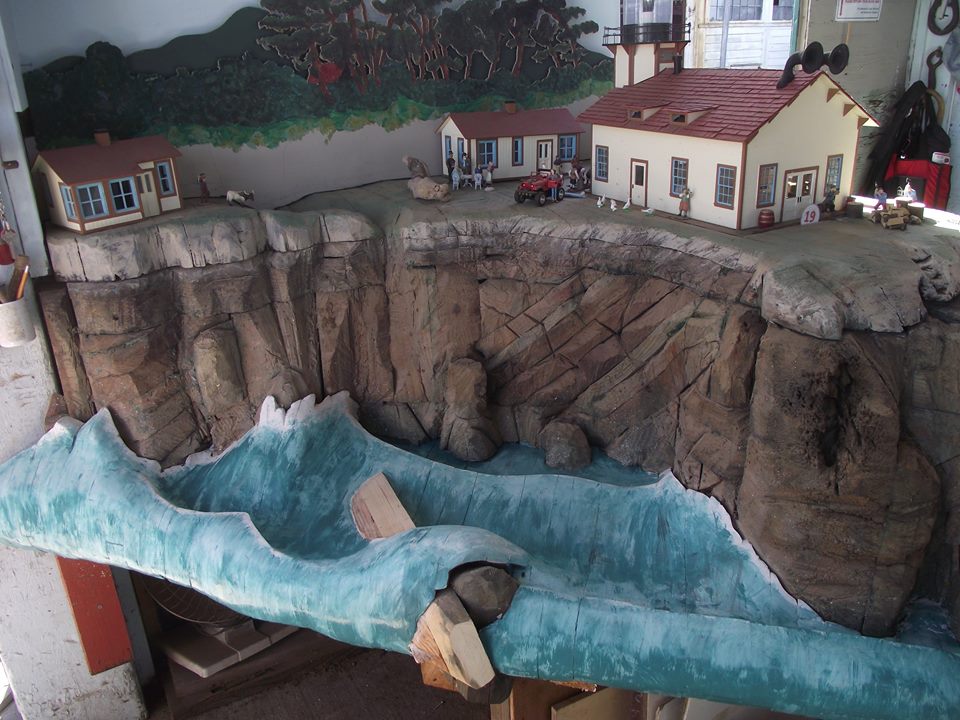 The completed diorama. Dark backdrop in place. Cliff top a hive of activity. 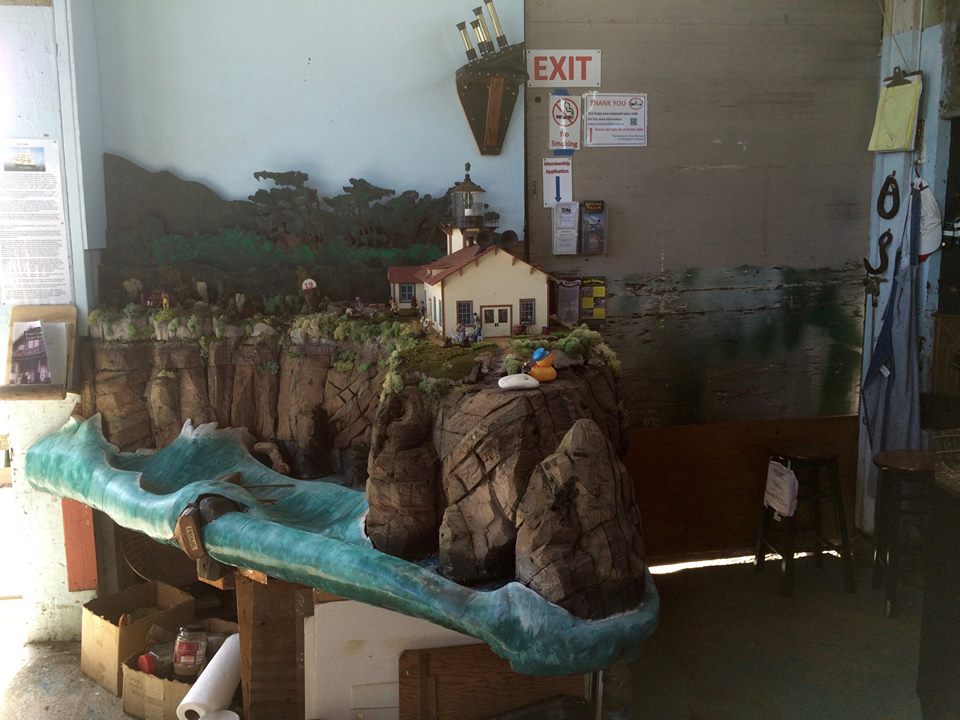 Here are three shots of the detail on top of the cliff. 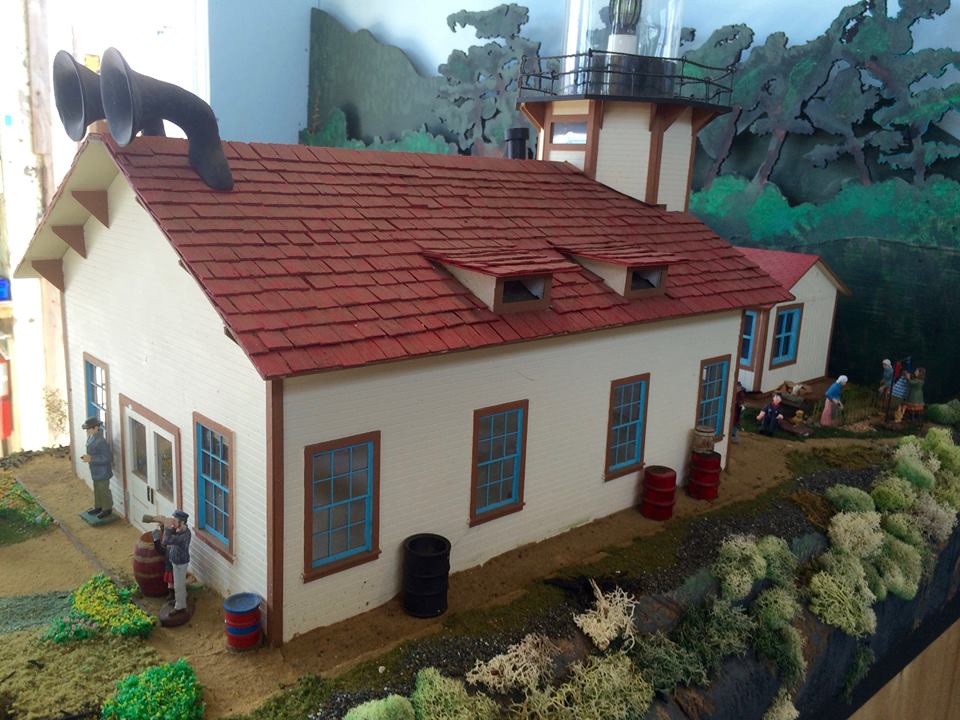 The west side of Point Cabrillo lighthouse 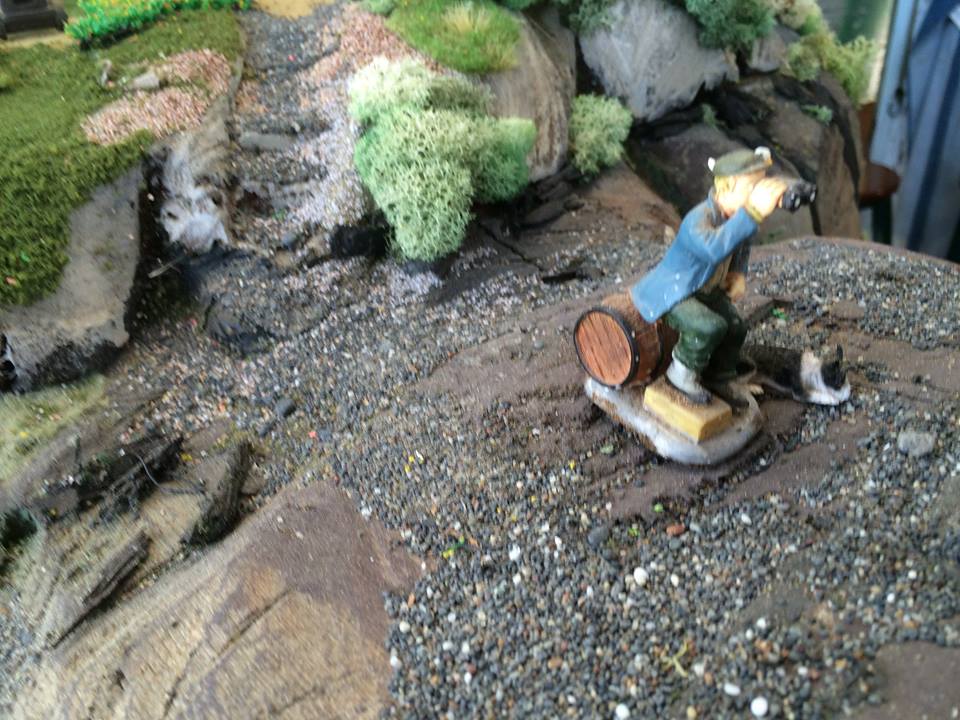 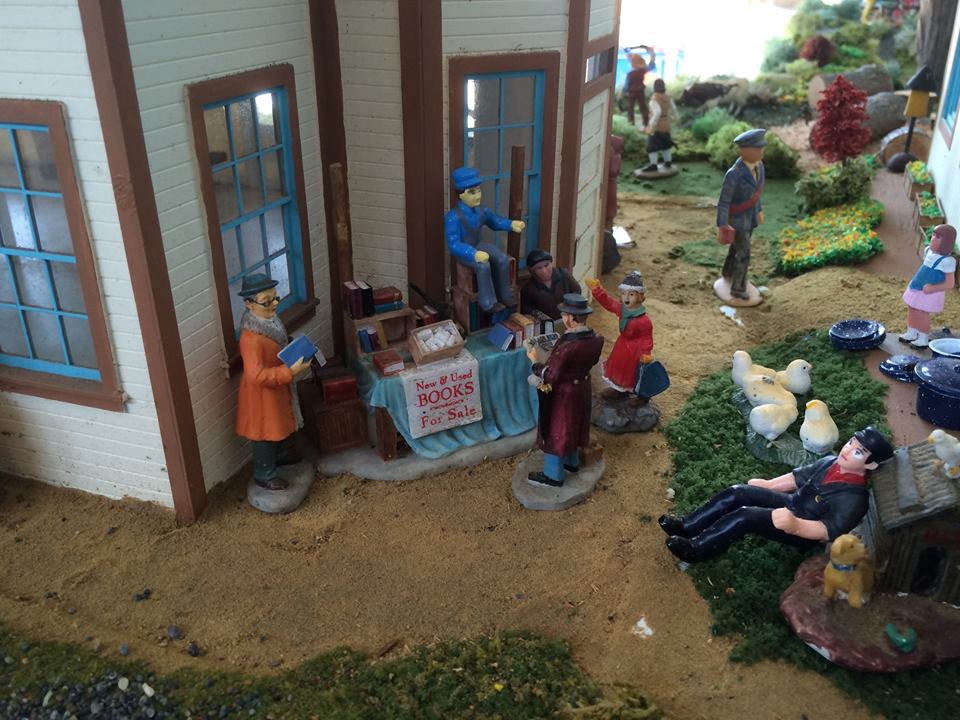 A brilliant piece of work Mike.